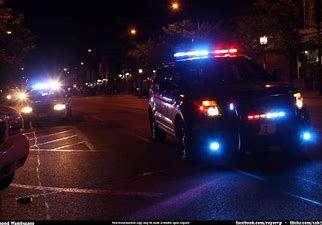 Rep. John Thompson (D-MN) claims he was stopped for “driving while black.” Police have released a video of the traffic stop.

According to Fox News, the St. Paul Police Department released the video showing the moment the officer approached Thompson’s vehicle on July 4.

“Why in such a hurry?” the policeman asked Thompson, who replied, “I don’t think I took off like a bat out of hell. I just drove off.”

When the officer asked for proof of insurance, Thompson said it was on his phone, adding he is a state representative.

The officer questioned, “With a Wisconsin license?”

“You’re suspended in Minnesota,” the policeman told Thompson a few minutes later, to which he replied, “No.”

According to the Fox article, Thompson’s license was reportedly suspended in 2019 for failure to pay child support in Ramsey County.

Thompson asks why he was pulled over; the police explained it was because there is “no front plate and the way you took off from the light back there.”

“You profiled me because you looked me dead in the face, and I got a ticket for driving while black,” Thompson claimed. “You pulled me over because you saw a black face in this car, brother, and there’s no way in hell I’m taking off with you behind me.”

“What you’re doing is wrong to black men, and you need to stop that… what I’m saying is you stop racially profiling black men in their cars, sir,” Thompson went on to say.

The Star Tribune reported that the concerns of his license grew when the Minnesota Police and Peace Officers Association asked for an investigation by Wisconsin Attorney General for repeatedly acquiring a Wisconsin license while residing in Minnesota, claiming he “defrauded Wisconsin.”

On July 9, St Paul Police Cheif Todd Axtell posted on Facebook, “This stop, made at about 1:20 in the morning, had absolutely nothing to do with the driver’s race”:

“The driver, an elected official who does not dispute driving without a front license plate, owes our sergeant an apology,” he concluded.