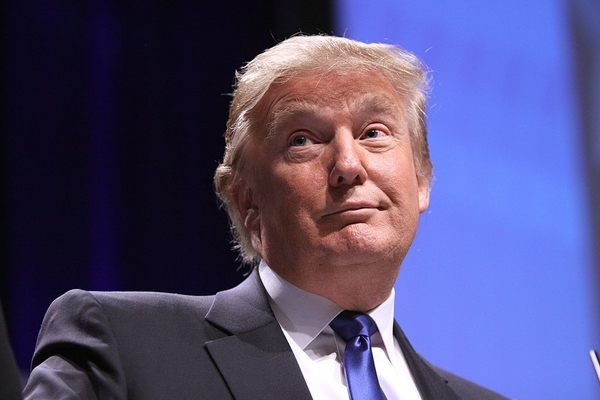 Trump questioned Hunter’s skills as an artist and the questionable handling guidelines set to anonymously sell his art during a Turning Point Action event in Arizona on Saturday.

“What about Hunter Biden getting a half a million dollars per painting, and he never painted before?” Trump asked. “Could you imagine if my kids did that?”

“Hunter Biden’s getting $500,000,” Trump marveled. “It’s a bribe. It’s disgraceful, and the fake news media is talking about it like it’s okay, but we should have transparency. It’s unbelievable.”

The guidelines surrounding the art sales were criticized by Trump and Hunter Biden for being allowed to meet potential buyers despite the claims the buyers were to remain anonymous.

‘[N]ow they’re justifying it, ‘Well, we want to make it non-transparent.’ No, actually, you should make it transparent, I guess,” he said.

Another hot topic is Hunter Biden’s art dealer George Bergès, as he maintains “strong ties to China” and was sued in 2016 for fraud and breach of contract.

The White House has defended the procedure of keeping his art anonymous, refusing to provide transparency.

“We believe that Hunter Biden, just like any child of a president, should be able to pursue their professions and their passions,” White House press secretary Jen Psaki said to reporters during the daily briefing on Thursday.

She said Hunter Biden has agreed not to discuss art sales with anyone while meeting with potential buyers at the art gallery show.

Political ethics experts have criticized the decision to keep the names of the art purchasers anonymous.

“Their solution of transparency is to actually hide who is engaged in the transaction. It’s ludicrous,” said Peter Schweizer, president of the Government Accountability Institute (GAI), in an interview with Fox Business.