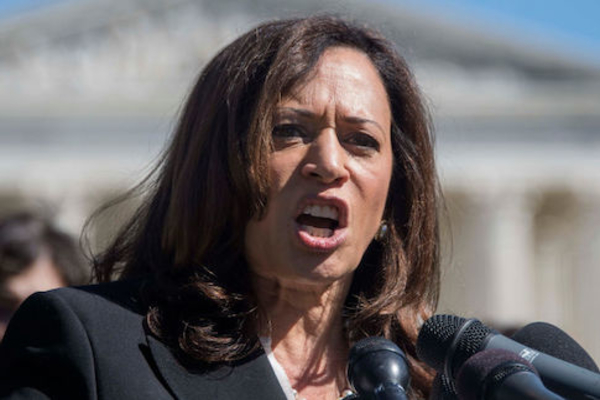 Vice President Harris exploded at a Latina Univision anchor when she was pressed to answer when she planned to go the southern border.

“I’m not finished,” Harris snapped, bobbed her head, and then chuckled before claiming she will visit the southern border. “I said I’m going to the border.”

The press coverage comes as Harris traveled to the Northern Triangle to, as she puts it, “deal with the problems that cause people to go to the border,” while in another interview with NBC’s, Lester Holt when asked about going to the border she said she had not gone “to Europe either.”

The South American visit by Harris had not been what the White House had hoped for.  Slate Magazine published an article indicating President Biden wants his chosen Vice President to fail.  Harris has been put in charge of the border crisis, and election takeover legislation both are evolving into losing issues for the administration.

“If you look at the assignments Kamala Harris has been given during her tenure as vice president, it’s pretty easy to think that she’s getting the short end of the political stick,” Slateobserved.

It appears the administration has no real solutions to the border crisis after eliminating the former administration’s border security policies, ending the “Remain in Mexico” policy.

When exactly Harris is expected to visit the border is unknown.