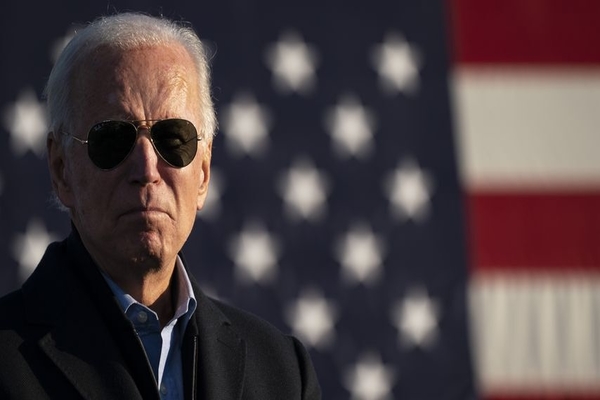 The Biden White House dismissed claims made by Tara Reade, one of the accusers of unwanted touching by Joe Biden, claiming it “heavily litigated during the campaign,” Biden has “been clear and outspoken about the importance of women.”

Reade responded to a video of White House Press Secretary Jen Psaki responding to a reporter’s question asking if an “independent investigations into the president” from a female Secret Service agent, Reade, and others would be supported by the White House.

The reporter mentioned an investigation into allegations of Gov. Andrew Cuomo (D-NY).

Reade responded by tweeting, “Ask Psaki: Did I miss the investigation and litigation? I sure did not miss the smears and attacks on my character during Joe Biden’s campaign as I came forward. Was it safe to come forward? I think not.”

The idea of any investigation was dismissed by Psaki. She said the allegations against Biden were “heavily litigated” during Biden’s 2020 presidential campaign.

Psaki then tried to reassure the occupants of the room that Biden “has been clear and outspoken about the importance of women being respected and having their voices heard and being allowed to tell their stories and people treating them with respect.”

“President Joe Biden adamantly denied Reade’s claims, leading many corporate media outlets to drop the story. Some outlets even wrote opposition research articles against Reade to question her credibility,” as previously reported during the campaign trail.

Biden called for Cuomo to resign just hours after the independent investigators report stated the governor was guilty of allegedly sexually harassing multiple women. Biden told reporters, “I think her should resign.”

Biden also admitted he did not know the full details of the report at the time.