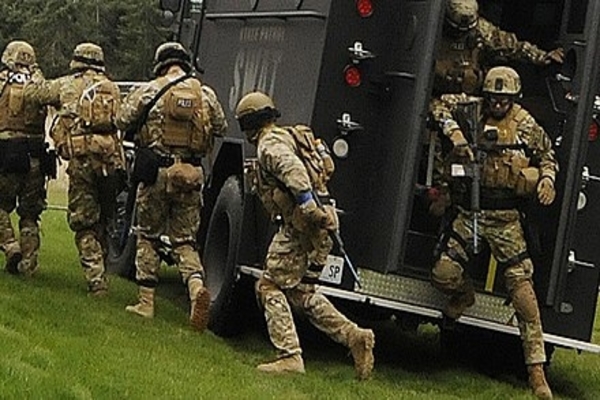 Police investigated the possibility of an explosive device on Capitol Hill, according to an AP report.

AP reports law enforcement is “responding to a suspicious vehicle near the Library of Congress.”

The Library of Congress is located near the Supreme Court and U.S. Capitol building on Capitol Hill.

Law enforcement blocked off roads close to the Capitol while nearby buildings were evacuated.

The Cannon House Office Building was evacuated because of a suspicious vehicle located near First Street Southeast.

Law enforcement officials told the AP that investigators on the scene were determining if the device is an operable explosive and if the man in the truck has a detonator.

Other officials addressed the gathering media.

According to a source, SWAT vehicles are outside the Rayburn House Office Building.

In addition to SWAT, dump trucks – in the past used as roadblocks – were escorted by law enforcement into the area.

A K9 unit was also on the scene.

After the standoff, the AP reported that the man surrendered to authorities after claiming to have a bomb in his truck.

Floyd Ray Rosenberry surrendered but had posted several videos on Facebook where he addressed remarks to President Biden. He demanded Biden resign and called for airstrikes on the Taliban in Afganistan.

Roseberry claimed on the video that he had a seven-pound keg of gunpowder and 2.5 pounds of the explosive tannerite in the truck, suggested there were four other bombs in the D.C. area.