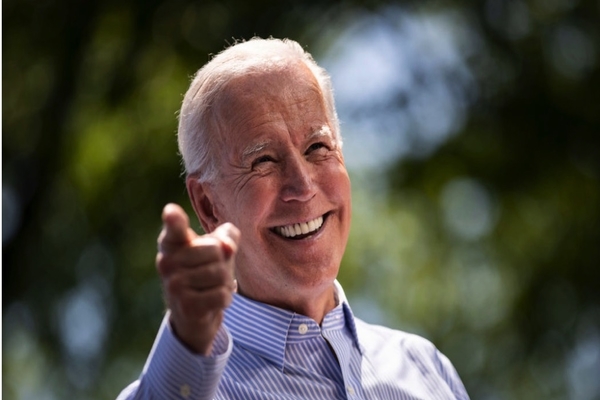 Chicago Mayor Lori Lightfoot (D) welcomed President Biden as he arrived for a speaking appointment.  He chooses to speak of “human infrastructure” and his American Families Plan, not the rampant gun violence of Chicago.

The president sets out for the Chicago suburbs to gain support for his infrastructure deal and a broader package expected to pass with only Democratic votes.

This is his first trip to Illinois since gaining control of the White House; the theme of family happiness and light is designed to reach suburban parents, college graduates, and the working poor.

“There’s a lot of work ahead of us to finish the job, but we’re going to get it done,” Biden said in a 31-minute address he self-deprecatingly suggested was less than entertaining but important. “We’re going to reimagine what our economy and our future could be.”

The Chicago Sun-Times lamented the absence of public remarks regarding the Chicago police officer and two federal agents who were shot on the Southwest side hours before landing at O’Hare Airport.

He missed that chance as the community frustration at the lack of action by Lightfoot builds.  Last month Democrat Alderman Lopez called Chicago “a city under siege.”

White House press secretary Jen Psaki assured reporters Biden brought up the shootings with Lightfoot after she greeted him at O’Hare; however that exchange will remain private.

“President Biden expressed his personal support for the two ATF officials and the Chicago police officer who were shot earlier today,” Psaki said.

“He reiterated his commitment to working with the mayor and leaders in Chicago in the fight against gun violence and conveyed that the Department of Justice would soon be in touch about the strike force announced just a few weeks ago that will be working with cities like Chicago.”

According to the Chicago Tribune, Lightfoot’s office did not respond to a request to comment on the president’s conversation.

Despite the death and suffering, Biden stuck to his “happy” theme Wednesday and touted the proposed changes the country could make to child care.

“All the data shows — if you’re able to take your child to work … you get increased productivity for the parent. … It really makes a … difference in terms of generating economic growth as well,” the president said. “It’s a win-win.”

Getting the package of proposals passed will be harder than talking about it.

On Tuesday, Senate Minority Leader Mitch McConnell said Biden and his fellow Democrats are in for “a hell of a fight” over the plan’s passage.

The Sun-Times reports Biden dismissed a question about the Republican’s statement while in the children’s learning center, saying the Senate minority leader “loves our programs” and claimed he has bragged about them back home in Kentucky.