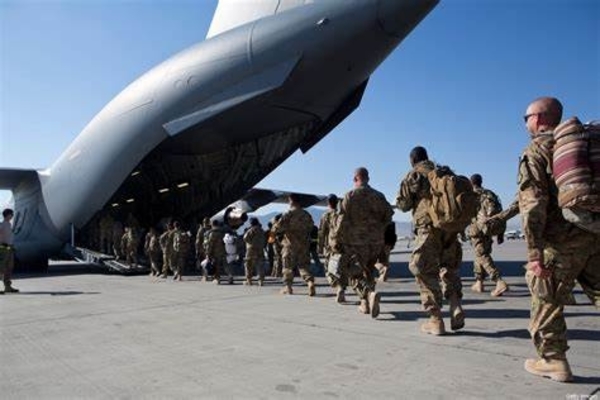 According to reports, looters ransacked the Afganistan airbase after the U.S. handed it over to the Afgan Government on Friday.

The U.S. military vacated Bagram Air Base on Friday; the eastern Afganistan base was occupied for nearly 20 years during the Afganistan War.  Afghan military officials said the U.S. forces left without notifying them.

“We (heard) some rumor that the Americans had left Bagram … and finally, by 7 a.m., we understood that it was confirmed that they had already left Bagram,” said new base commander Gen. Mir Asadullah Kohistani.

“In one night, they [the Americans] lost all the goodwill of 20 years by leaving the way they did, in the night, without telling the Afghan soldiers who were outside patrolling the area,” one Afghan soldier, who identified himself only as Naematullah, told the Associated Press.

Biden has given the U.S. military the deadline of September 11; however, the drawdown will begin earlier, the Pentagon said sometime in August.  The U.S. plans to leave about 650 troops to protect the embassy in Kabul.

According to reports, a fleet of sport utility trucks and mine-resistant vehicles has been left by the U.S. Military at the airbase.  American forces also left behind food, water, small weapons, and ammunition.

The Afghan government has control of the base; hundreds of Afghan forces live in the barracks.  The looting occurred before the Afghan forces moved in.

Bagram Air Base was built in 1950 by the Soviet Union; they withdrew in 1989.  The U.S. military forces invaded in response to the 9-11 attacks planned within the borders of Afganistan.

According to Defense officials, the U.S. military will maintain an “over the horizon” capability to strike terrorists if the homeland is threatened.