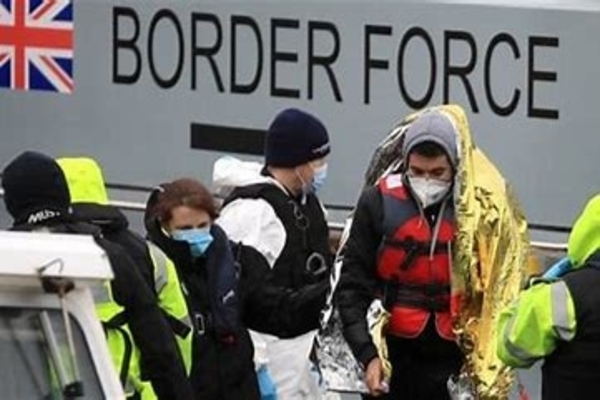 The government department, led by Priti Patel MP as Home Secretary, said it did not “want to be housing [migrants] in hotels anymore,” instead, the government vowed to send them to reception centers.

Nevertheless, with the Boris Johnson administration continuing to fail to prevent a crisis first declared a “major incident” back in 2018 from getting worse, never mind alleviate it, The Times now reports that it is continuing to block-book hotels to accommodate new arrivals, some indefinitely.

The newspaper coverage focused on migrant youths arriving on their own from France – so-called “unaccompanied minors” – although sources from Home Office stated these were only around 120 of the over 3,000 boats landing in England in July so far.

56 migrant youths have reportedly been placed in Langfords Hotel in Hove, East Sussex, with the government having booked up the entire establishment for an indefinite period of time.

The “children” at Langfords are said to be aged 16 to 17, but at least some are “age disputed” — that is to say, believed to possibly be claiming to be underage teens when they are really adults.

This is a tactic that is not uncommon for people illegally arriving in Britain. However, the British government is extremely lax about performing age checks compared even to the likes of Sweden.

Migrants have not always been grateful for housing, free meals, internet access, and other amenities provided by taxpayers; however, the mainstream media often describes their “desperate” plight before “fleeing” to Britain – usually from first-world France.

Earlier this year, while housed at a hotel in Reading, one group of asylum seekers staged a hunger strike because they were unsatisfied with the quality of free food they were provided – one alleged they received “no vegetables, no fresh milk, no cheese, no egg, no fish.”

“Imagine a kid who is growing and needs all this protein and calcium — she doesn’t get any of this,” they added — although the vast majority of boat migrants are adult males, not female children.

A Sudanese migrant in Glasgow took his protest much further in 2020; he stabbed six people, including a police officer, two hotel employees, and three fellow migrants, before he was shot dead by armed response officers.

Local activists claimed after the stabbing that “people were complaining at getting the same spaghetti and macaroni cheese all the time. It wasn’t culturally appropriate for them.”

According to recent polling, Britons support a blanket ban on allowing migrants who have passed through safe countries like France to claim asylum by a margin of almost three to one.