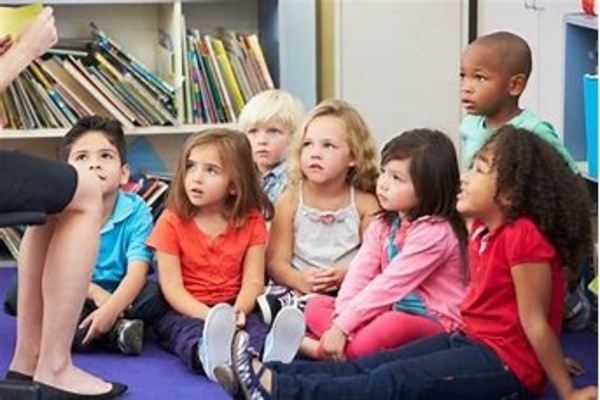 Joanne Barber, a teacher in Kent, told Crosscut that “racial history” is “just as important as reading or math.”

She took advantage of the violent Black Lives Matter protest to “to teach more about race” in her second-grade class.

“I am willing to be that teacher that has those hard conversations,” she said. “I would be doing a huge disservice to my students if I didn’t give them information that they could see themselves in.”

Barber teaches seven-year-old and eight-year-old children that slavery “led to institutional racism and implicit bias.” She also “weaves race and equity into every subject” and “every day in her class is filled with race education.”

Patricia Shelton, a curriculum developer in the Bellevue School District, told Crosscut, “In Bellevue, we have been working very hard in grades 5, 8, and 11 to de-center the traditional ‘white’ perspective and to center the voices of people of color.”

Shomair Jones, Shelton’s colleague, boasts of his success in removing The Adventures of Huckleberry Finn and To Kill a Mockingbird because they contained the N-word.

“There were so many instances of students feeling further oppressed by being in a classroom space where these books were being read aloud,” he said. “[These] have continued the racial trauma and racial stamina necessary for a negatively impacted student to endure when attending school.”

Parents are resisting arguing that such “equity” education is leftist indoctrination.

Such discussions appear in Loudoun County, Virginia, a suburb of Washington, DC. Angry parents attend school board meetings demanding answers, and board members flee while ordering the police to remove attendees.

“Loudoun County Schools continues to show an unabashed hostility to the First Amendment rights of student, parents, and teachers with whom they disagree,” Ian Prior, executive director of Fight for Schools, told Breitbart News.

“It’s time for school boards across America to stop being held captive by activists and special interests and give parents a seat at the table to help guide the education that they pay for their children to receive.”

Elected officials did not sway the crowd’s opinions.

“We will not back down from fighting for the rights of our students and continuing our focus on equity,” Sheridan told NBC 4.

She demanded an end to “politically motivated antics.”