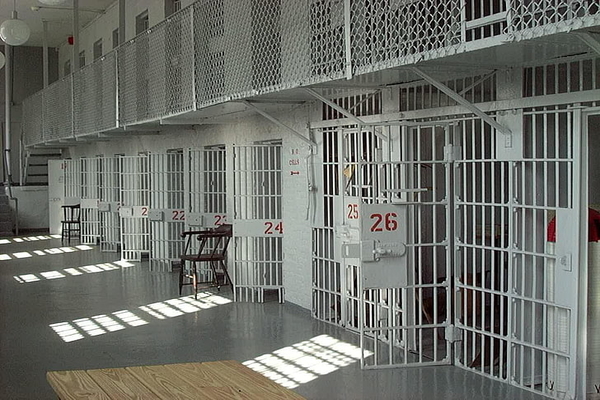 A non-violent man was sentenced to eight months in prison for engaging at the Capitol on January 6, while hundreds charged in the violent riots of last summer had their cases dropped.

Paul Allard Hodgkins, 38, of Tampa, Florida, pleaded guilty to a single felony count of obstructing an official proceeding; he was identified in photos and videos while inside the Senate chambers, received his sentence on Monday.

Hodgkins did not engage in any violence or property damage; he received eight months followed by two years of supervised release. The count carries a maximum sentence of 20 years in prison; prosecutors asked for 18 months.

Hodgkins is the first to be sentenced; however, more than 200 are charged with the same or similar crimes awaiting sentences. Nearly 20 have pleaded guilty, and two have been sentenced for misdemeanor crimes.

The two others sentenced connected with January 6 – Anna Morgan-Lloyd, 49, Bloomington, Indiana, plead guilty to one charge of demonstrating in a Capitol building received 36 months probation. Michael Curizo of Summerfield, Florida, also plead guilty to the same charge and received six months prison time; he had been in custody for that same time since arrest, he did not serve additional jail time.

U.S. District Court Judge Randolph Moss told Hodgkins, “Although you were only one member of a larger mob, you actively participated in a larger event that threatened the Capitol and democracy itself.”

“The damage that was caused that way was way beyond a several-hour delay of the vote certification,” Moss added. “It is a damage that will persist in this country for several decades.”

An assistant U.S. attorney, Mona Sedky, argued that imposing prison time “will send a loud and clear message to other would-be rioters that if and when they’re caught, they will face a serious sentence. So there won’t be a next time.”

Meanwhile, the hundreds of people arrested with connections to last summer’s riots have their charges dismissed. According to a June 2021 analysis of New York Police Department data by NBC New York, there were 485 arrests in Manhattan, but 222 had their cases dropped, and 73 got lesser counts. Another 40 cases involved juveniles and were sent to family court, and 128 cases remained open. In the Bronx, of 118 arrests made, 73 cases were dismissed, 18 cases remained open, and there were only 19 convictions on counts like trespassing that carried no jail time.

There had been more than 300 arrests for federal crimes since the death of George Floyd; according to an Associated Press report from September 2020, the violent crimes included arson, molotov cocktail throwing and burning police cars, and injuring law enforcement personnel. Nearly one-third of the cases originated in Portland, including the assault of a deputy U.S. marshall using a baseball bat, setting fires and explosives at the federal courthouse, and rocks thrown at officers.

The federal prosecutor has moved to dismiss nearly half of the cases, according to the Wall Street Journal report in April 2021. Of the 96 cases filed by the U.S. attorney’s office charging protesters with federal crimes, including assaulting federal officers, failing to obey, and civil disorder, 47 were dropped by prosecutors. Only ten people pleading guilty to the related charges, only two were detained pending a trial, yet none of them have been to trial. According to a report, the penalties imposed against any federal defendants have consisted mainly of “community service, such as working in a food bank or encouraging people to vote.”

Four pro-BLM rioters who engaged in the riots last summer did receive jail time for setting fire to the Minneapolis Police Department’s Third Precinct headquarters, causing $12 million in damages. There is estimated to be more than $1 billion in damages caused by riots after Floyd’s death, as Axios reported in September 2020.