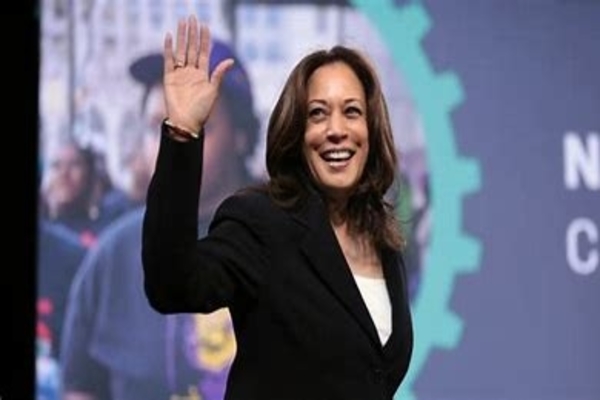 VP Harris watches as the establishment media lays out Secretary of Transportation Pete Buttigieg’s pathway to the 2024 presidency.

Harris has a history of “mistreatment of employees and dissent” before entering the White House, now the establishment media reports of infighting and “sabotage” impacting the Vice President’s office.

“It’s a whisper campaign designed to sabotage her,” Biden’s senior adviser Cedric Richmond said, admitting Friday to the Hill the infighting is real.

Friday, Axios reported Harris’s aides are panicked about her “fucking up” and maybe “shouldn’t be the heir apparent” for the presidential race of 2024 as she “could not defeat whomever the Republican party puts up.”

A White House staffer told Politico on Wednesday, Harris’s aides “are thrown under the bus from the very top, there are short fuses, and it’s an abusive environment.”

Other White House aides have told Axios it is a “shitshow” with “poorly-managed…people who don’t have long-term relationships with her,” overall, the “operation sometimes visibly out of sync with Biden’s.”

Notably, the establishment media wrote, “2024 is the elephant in the room. … While Biden aides overwhelmingly believe he’ll be the Democratic nominee, they also know he’d be 81 when seeking re-election.”

“Many Democrats, including some current senior administration officials, are concerned she [Harris] could not defeat whomever the Republican Party puts up — even if it were Donald Trump.”

The establishment media has published a piece on June 8th about Buttigieg’s opportunity to gather support for the massive “infrastructure” spending bill redefining traditional infrastructure to include electric vehicles and eldercare.

In the story, the Atlantic laid out Buttigieg’s potential path to the presidency in 2024:

Here’s the winner of the 2020 Iowa caucus, living out his grand political plan to … how exactly would it work? Something like: He takes an inherently snoozer job as a low-ranking Cabinet official, spends a few years quietly kissing up to mostly forgettable members of Congress with talk about railroads and broadband, and going on TV to defend the administration.

Along the way, he counts on Biden not to run again and Kamala Harris not to emerge as Biden’s natural heir. If everything comes together perfectly, the former mayor of South Bend, Indiana, becomes the first president since Herbert Hoover to have come out of the Cabinet.

“For now, though, Buttigieg is the public point man for the infrastructure bill,” Atlantic concluded.

Buttigieg was invited on ABC’s The View this past week, where co-host Joy Behar played nicely.

“I’m going to throw my question out and ask you, what about climate change?” she asked.

“There’s no time to argue about whether it’s real. It’s happening, and it’s incredibly dangerous,”  alleged.