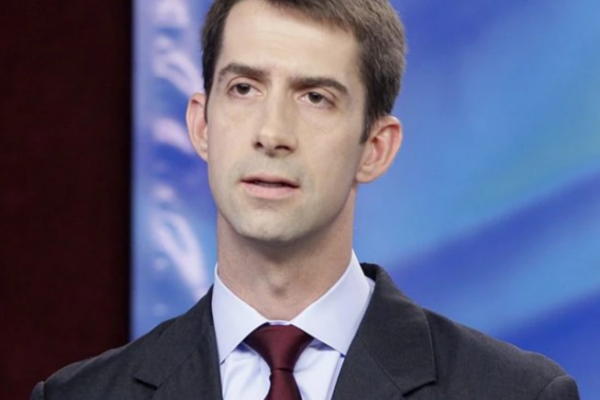 This comes in light of a massive increase in crime and drug year over the past year.

Cotton correctly noted that this “carnage continues today and is not distributed equally.”

He added that “it is concentrated in cities and localities where radical, left-wing, George Soros progressives have captured state and district attorney offices.”

Cotton accused the prosecutors, whom he described as “legal arsonists”, of engaging in prosecutorial nullification.

Due to this prosecutorial malpractice, crime has soared throughout Democrat-controlled jurisdictions.

Many of these Soros-funded prosecutors do not even bother to enforce laws against drug trafficking, shoplifting, and a litany of felonies and misdemeanors.

Thanks to these soft-on-crime policies, the number of homicides in Chicago has risen by 56% and over 1,000 Cook County residents were murdered so far in 2021.  In New York City, murder rose by 47% and shootings grew by 97%. Cotton observed that “In 2020, the murder rate in Baltimore was higher than El Salvador’s or Guatemala’s — nations from which citizens often attempt to claim asylum purely based on gang violence and murder—and this year murder in Baltimore is on track to be even higher.”

Soon after taking office in Boston, Suffolk County District Attorney Rachel Rollins published a list of 15 crimes that she would refuse to prosecute except under special circumstances. Among the charges on her “do not prosecute” list was drug trafficking, malicious destruction of property, trespassing, driving with a revoked license, and resisting arrest. Rollins also declared that she was “going to battle” against the U.S. attorney in Massachusetts and has slandered Boston police officers as “murderers” before accusing the department of “white fragility.”

As a result of Rollins’ lax criminal justice polices, the number of murders in Boston surged by 38% in 2020 and opiod overdose deaths grew by 32% in Suffolk County.

Another Soros prosecutor, Philadelphia’s District Attorney Larry Krasner, came to office after suing the Philadelphia Police Department 75 times as a private citizen. He began his tenure by purging dozens of veteran prosecutors in his office and then slashed his jurisdiction’s prison population by over 30%. In most cases, Krasner also refuses to seek bail for accused criminals and has maintained a highly antagonistic relationship with the police, once accusing the Fraternal Order of Police lodge president of being “with the Proud Boys.”

Since Krasner assumed the DA position in Philadelphia, homicides have increased annually. In 2020, the murder rate grew by 40% and reached an all-time in 2021.

San Francisco District Attorney Chesa Boudin, the son of two terrorists who killed law enforcement several decades ago, has played a significant role in San Francisco’s descent into social chaos. Cotton observed that “San Francisco’s homelessness crisis has spiraled out of control, smash-and-grab looters are such a menace that the city had to close its downtown during Black Friday, and shoplifters have closed down retailers throughout the city.” Since Boudin assumed the DA position, car theft has surged by 27%, murder by 29%, arson by 36%, and burglary skyrocketed 38%.

Hilariously, San Francisco Mayor London Breed condemned the rise in crime in her city, being totally oblivious to the role she played in creating those conditions. Even House Speaker Nancy Pelosi has condemned the crime wave engulfing San Francisco and lamented the “attitude of lawlessness” prevalent in the city.

The Arkansas Senator hit the nail on the head when he declared that when “the party of law and order endorses a law like the First Step Act, it surrenders the crime debate.”

When he’s not saber-rattling against China, Russia, or Iran, Cotton is an otherwise solid Senator on domestic issues from public order to immigration. Here’s the thing about America in the present: Its primary threats are domestic.

It’s people like George Soros and other parasitic oligarchs who present existential threats to the U.S. The way to handle these parasites is by defeating them at the local level through campaigns to recall and remove corrupt prosecutors and retake the cities.

At the end of the day, all politics is local.